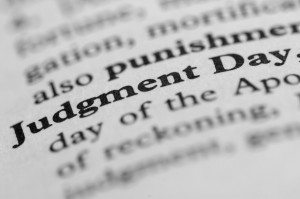 Administrative Law Judge Alexander Fernández issued an initial decision excluding a patent attorney from practice before the USPTO because the attorney accepted fees from a client to prepare a patent application, failed to provide any legal services, and failed to return any of the client’s fee even after the client was awarded a money judgment against the attorney in state court.  In re Riley, No. D2013-04.

James H. Riley II was registered to practice before the USPTO for thirty years at the time he was engaged by the client, an individual inventor. Mr. Riley agreed to prepare, file, and prosecute a patent application for the client. The client paid a $2,000 flat fee in advance.

After an initial exchange of information regarding the invention, Mr. Riley failed to communicate any further with his client. On numerous occasions, the client inquired about the status of his patent application. Mr. Riley never responded. The client then mailed a certified letter demanding an update on the status of the application. After receiving no response, the client terminated the attorney-client relationship and demanded a return of his fees.  This was ignored.  The client filed suit in Texas state court and was awarded a judgment for the full amount of the advanced fee plus costs, which the attorney failed to satisfy.

Pursuant to an inter-agency agreement with the USPTO, the complaint was assigned to ALJ Fernández of the U.S. Department of Housing and Urban Development. In accordance with 37 C.F.R. § 37.39(b), hearing officers appointed by the USPTO Director to conduct disciplinary proceedings are required to be impartial and must not be subject to supervision by the USPTO Director, the OED Director, or any persons investigating or prosecuting a disciplinary case.

After Mr. Riley failed to respond to either the complaint or an order to show cause why a default judgment should not be entered, the ALJ entered judgment by default against Mr. Riley pursuant to 37 C.F.R. § 11.36(e). In his initial decision, ALJ Fernández determined every fact alleged in the complaint was deemed admitted and considered proven.

In deciding what sanction to impose, ALJ Fernández weighed the factors set forth in 37 C.F.R. § 11.54(b): (1) whether the practitioner violated a duty owed to a client, the public, the legal system, or the profession; (2) whether the practitioner acted intentionally, knowingly, or negligently; (3) actual or potential injury caused by the misconduct; and (4) the existence of aggravating or mitigating factors.  The ALJ also considered the guidelines in the ABA Model Rules for Lawyer Disciplinary Enforcement.  ALJ Fernández found each of the Section 11.54(b) factors, as well as the relevant provisions of the ABA Model Rules for Disciplinary Enforcement, warranted a severe sanction. The ALJ observed that Mr. Riley “has tarnished the image of the legal profession and thumbed his nose at the legal system itself.” Accordingly, ALJ Fernández imposed the maximum sanction – exclusion from practice of patent, trademark, and other non-patent law before the USPTO.