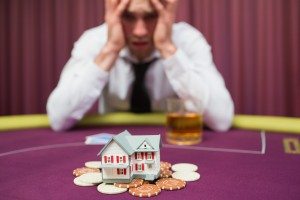 Only attorney Richard Chae knows what, exactly, he was thinking in the early morning hours of February 25, 2010, after police stopped him on suspicion of drunk driving. According to news reports, Mr. Chae had just left the poker room at the “Lucky Chances” casino when he was pulled over at 2:40 AM. Mr. Chae, who already had two convictions for DUI, apparantly was concerned about receiving a third. Whatever his reasoning at the time, this much is clear: Mr. Chae attempted to buy his way out of trouble.  Police claim Mr. Chae offered them $900 “if this would go away.”  It did not.  Mr. Chae upped the ante to $5,000.  When it was apparant this would not buy his freedom, Mr. Chae went “all in,” offering $35,000 in exchange for his freedom.  His strategy backfired, and Mr. Chae was arrested and charged with attempted bribery of a police officer as well as DUI. He was subsequently convicted of both charges. A California state court sentenced Mr. Chae to eight months in jail.

Upon learning of Mr. Chae’s criminal conviction, OED Director William Covey instituted interim suspension proceedings pursuant to 37 C.F.R. § 11.25. In re Chae, No. D2013-01. An interim suspension is a temporary suspension of an attorney who is convicted of a “serious crime” – defined as either a felony, or any crime which includes, among other acts, interference with the administration of justice, false swearing, misrepresentation, fraud, deceit, extortion, theft, or, as in this case, bribery. 37 C.F.R. § 11.1.

Mr. Chae failed to respond to the USPTO’s show cause order. Consequently, the USPTO entered a final order immediately suspending Mr. Chae from practice before the Office.  The OED’s disciplinary complaint charged Mr. Chae with violating the following provisions of the USPTO Code of Professional Responsibility: (a) 37 C.F.R § 10.23(a), proscribing gross or disreputable misconduct; (b) §10.23(b)(3), proscribing illegal conduct involving moral turpitude; (c) §10.23(b)(5), proscribing conduct prejudicial to the administration of justice; and (d) §10.23(b)(6), proscribing other conduct adversely reflecting on a practitioner’s fitness to practice before the USPTO.  The OED’s complaint was referred to a hearing officer for further proceedings. Mr. Chae will remain suspended from practicing before the USPTO pending the outcome of formal disciplinary proceedings.

Mr. Chae’s disciplinary problems are not limited to his right to practice before the USPTO. He also faces professional discipline by the State Bar Court of California.