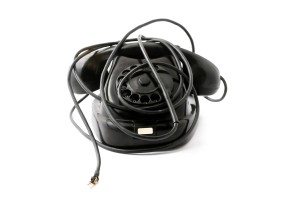 The USPTO recently settled a disciplinary action filed against an IP attorney by suspending him from practice before the Office for five (5) months for failing to communicate and allowing his clients’ trademark applications to become abandoned without their knowledge or consent.  In re Shaffer, No. D2014-18.

This disciplinary matter arose from an attorney’s representation of two trademark clients. The USPTO’s public decision identifies the clients as “Client #1” and “Client #2.” In each case, the attorney, Gary L. Shaffer, failed to inform his client about important correspondence from the Office and allowed trademark applications to go abandoned without client consent. In the case of “Client #1,” Mr. Shaffer also filed new trademark applications against his client’s instructions.

Although the USPTO’s published decision provides little in the way of details, “Client #1” went public with her grievance in an article posted on-line with the not-too-subtle title, My Saga with Trademark Agent and Lawyer Gary L. Shaffer, Esq. of Alexandria, Virginia. The former client, Elizabeth Goldenberg, an attorney in Canada, said she wanted to “warn” other potential clients about her experience.  Ms. Goldenberg’s article recounts in detail her frustration in dealing with an attorney who committed one of the cardinal sins of lawyering and one of the most frequent causes for bar disciplinary complaints – the failure to communicate with the client.

Ms. Goldenberg explains that after paying a $6,000 up-front fee and confirming the attorney would handle responses to two pending office actions, she heard nothing from Mr. Shaffer for many months.  According to her article (portion reprinted with permission):

Gary called me on September 28, 2012. . . . I told him three times during that conversation that he is not authorized to act for me further, as I’ve lost confidence in him. I asked for a refund again . . . . He said he “dropped the ball” and would be back in one week and would contact me then.

Notwithstanding this promise, Ms. Goldenberg states her attorney’s failure to communicate continued. She recalls that, after finally reaching her counsel, Mr. Shaffer “advised that he had two of my files and would get back to me later that day. Gary fell silent again, and I followed up with him two days later.”  After one last phone call, Ms. Goldenberg never heard from her attorney again. She also never received a refund for the abandoned applications. She subsequently filed grievances with both the OED and the District of Columbia Office of Bar Counsel.

In the settlement agreement with the USPTO, Mr. Shaffer acknowledged his conduct violated 37 C.F.R. § 10.23(c)(8), which prohibits failing to inform a client of important USPTO correspondence, and 37 C.F.R. § 10.77(c), which prohibits neglect of legal matters” by allowing trademark applications to become abandoned without his clients’ knowledge or consent and taking action to remedy the neglect without the client’s [Client #1’s] permission.”

According to the settlement agreement, Mr. Shaffer will be on probation for two years after reinstatement.  During the probation period, he is required to receive monthly mental health counseling, submit to mental health examinations, and provide proof confirming no mental health issues would impede his ability to practice law. In addition, Mr. Shaffer must implement new docketing and client communication systems and his performance will be monitored by a patent attorney.  Finally, Mr. Shaffer was ordered to refund $5,000 to “Client #1.”