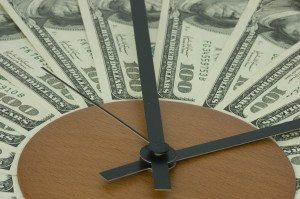 The USPTO settled a disciplinary action filed against a non-patent attorney who billed a client thousands of dollars, at a rate of $1,000 per hour, to prepare a patent application and then, without his client’s knowledge or consent, outsourced the legal work to an unaffiliated patent attorney for a fraction of the fee paid by the client.   In re Lehat, No. D2013-04.

This disciplinary action arose from an individual inventor’s request that attorney Steven Lehat, who is not admitted to practice before the USPTO in patent matters, represent him in connection with preparing, filing, and prosecuting a patent application. The client, Jose Zephyr, was never informed that Lehat is not licensed before the Office in patent matters. Mr. Zephyr paid Mr. Lehat a $5,000 flat fee.

Mr. Lehat subsequently contracted with an experienced patent attorney, Raymond Sun, to prepare Mr. Zephyr’s patent application. Mr. Lehat paid Mr. Sun $3,000 of the $5,000 fee received from the client, keeping the difference. The client was unaware of this arrangement and never consented to Mr. Lehat’s fee division with Mr. Sun.

Shortly after work on the patent application began, Mr. Zephyr terminated his relationship with Mr. Lehat and demanded a return of the advanced fee. Mr. Sun calculated he had earned $800 for services provided prior to termination.  He returned the balance of $2,200 to Mr. Lehat, who pocketed the money.

The OED filed a disciplinary complaint against Mr. Lehat alleging multiple violations of the USPTO Code of Professional Responsibility.  In response, Mr. Lehat contended the $5,000 fee was a non-refundable “retainer” which was earned upon receipt. Mr. Lehat also asserted he earned the entire fee on the basis of quantum meruit using an imputed hourly rate of $1,000.

The OED rejected Mr. Lehat’s “retainer” characterization. The OED explained a “true retainer” is a sum of money paid in advance to secure an attorney’s availability for future services. In contrast, when it is contemplated an attorney will bill against an advanced payment for actual services performed, a “retainer” is more appropriately characterized as either a “security deposit” or an advance payment for services.

The OED then focused on whether the fee charged comported with 37 C.F.R. § 10.36, which prohibits the collection of a “clearly excessive fee.” The OED stated Mr. Lehat charged $4,200, at the rate of $1,000 per hour, for being what was characterized as a “relationship attorney” in connection with the preparation and filing of the patent application. The OED stated such a fee “clearly exceeded the reasonable compensation for all legal services rendered to” the client. The OED also found Mr. Lehat failed to inform the client that his role would be that of “relationship attorney” or that he would charge the client $1,000 per hour if the client terminated the agreement.

The OED concluded a practitioner of ordinary prudence would be left with a definite and firm conviction that both the $4,200 total fee retained by the attorney, and the hourly rate of $1,000, violated 37 C.F.R. § 10.36(a).  The OED further determined Mr. Lehat violated 37 C.F.R. § 10.37(a), which prohibits fee divisions unless the client consents, the division is made in proportion to the work provided, and the total fee is reasonable. Since Mr. Sun was not an associate or partner in Mr. Lehat’s law firm, Mr. Zephyr’s prior authorization and informed consent were necessary. Absent such consent, the fee division was unethical.

Mr. Lehat was fortunate in that he avoided a suspension of his right to practice before the USPTO. The OED determined a public reprimand was the appropriate sanction based on two factors.  First, Mr. Lehat had practiced law for 32 years with no prior disciplinary record.  Second, Mr. Lehat acknowledged his conduct violated the USPTO’s disciplinary rules. Mr. Lehat was ordered to return the $4,200 to the client within sixty days or face “an immediate suspension.”

In addition to the public discipline imposed by the OED, Mr. Lehat was publicly disciplined for the same conduct by the State Bar Court of California. See In re Steven Bruce Lehat, Case No. 13-J-12285-RAH (Cal. State Bar Ct. March 4, 2014). In the California proceeding, state bar counsel sought a six-month suspension. The California State Bar Court disagreed with bar counsel’s request and instead ordered a “public reproval” (akin to a public reprimand) and one-year perior of probation. The California Bar Court also ordered Mr. Lehat to retake and pass the Multistate Professional Responsibility Exam (“MPRE”).