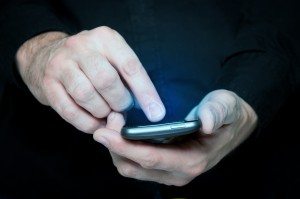 On August 19, 2014, USPTO Deputy Director Michelle Lee temporarily suspended a 44-year old patent attorney after his conviction for soliciting sex online with an undercover officer posing as a 14-year old girl. Attorney Robert M. Bohanek’s license will remain suspended until completion of disciplinary proceedings. In re Bohanek, No. D2014-30.

According to the Texas Attorney General’s Cyber Crimes Unit, Mr. Bohanek initiated and participated in sexually graphic online chats with the minor. The “girl” was, in fact, an undercover cybercrimes officer. After exchanging multiple emails and text messages, Mr. Bohanek arranged a meeting with the girl for the purpose of sex. Upon arriving at the rendezvous, Mr. Bohanek was met by police and taken into custody. He was charged with one count of online solicitation of a minor, a second-degree felony. In June 2014, Mr. Bohanek pled guilty. He was sentenced to ten years probation.

A married father of three and graduate of the United States Naval Academy, Mr. Bohanek seemingly had an unblemished professional career.  He worked for Apple and in a private intellectual property law firm before joining the legal department of a large financial services company.  A named inventor on multiple patents, Mr. Bohanek rose up the corporate ladder; at the time of his arrest, he served as his employer’s Executive Director of Communications and Mobile Counsel. Ironically, his job included managing online legal compliance.

Upon learning of the conviction, OED Director William Covey instituted interim suspension proceedings pursuant to 37 C.F.R. § 11.25. An interim suspension is a temporary suspension based on a practitioner’s conviction of a “serious crime.”  A “serious crime” means either a felony, or any crime which includes interference with the administration of justice, false swearing, misrepresentation, fraud, willful failure to file income tax returns, deceit, bribery, extortion, misappropriation, or theft. 37 C.F.R. § 11.1.

The USPTO Deputy Director served Mr. Bohanek with a complaint for violating the Office’s Rules of Professional Conduct and an order to show cause why he should not be placed on interim suspension. Mr. Bohanek failed to respond to the show cause order. Accordingly, Deputy Director Lee entered a final order imposing an immediate interim suspension. The matter was referred to a hearing officer for further proceedings. The public record gives no indication as to the sanction being sought by the OED. Given its past precedent and the nature of the crime, however, it is likely the OED will seek to have Mr. Bohanek excluded from practice before the Office.  At the very least, a multiple year suspension will be sought by the OED.

Some attorneys believe the USPTO’s disciplinary jurisdiction is limited to misconduct related either to the practice of law generally, or to the practice of law before the Office specifically. Those practitioners would be wrong.  USPTO practitioners are public officers and fiduciaries. As such, actions outside of the Office, as well as “personal” behavior having nothing to do with providing legal services, are fair game for the OED’s scrutiny. Conviction of a “serious” crime is one of many ways in which a practitioner can lose the right to practice before the USPTO.