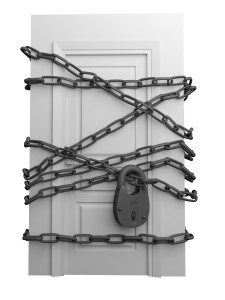 The USPTO Deputy Director has accepted the resignation of a suspended practitioner who was caught prosecuting trademark matters while his USPTO bar license was suspended. The action means the attorney, Leonard Tachner, is excluded from practice before the Office in patent, trademark, and other non-patent matters. In re Tachner, No. D2014-22.

The saga of Mr. Tachner’s ethical troubles began ten years ago. At that time, Mr. Tachner worked as a sole IP practitioner.  He employed an office manager and clerical assistant to assist with docketing. In 2005, Mr. Tachner’s staff began maintaining docket data using a Word document, which was the firm’s sole docketing system. When USPTO documents were received by his office, they were reviewed by the office manager, matched with a file, and sent to the clerk, who updated the Word document to include new deadlines. No automated reminder system was employed by the law firm.

Over the course of approximately five years, patents for several clients expired, without the clients’ knowledge, for failure to pay maintenance fees. In one of the matters, Mr. Tachner informed a client who was about to enter into a licensing negotion there were “no problems” with the client’s patent portfolio. The client later learned from a prospective licensee that in fact at least 40 of the client’s patents were either “withdrawn, abandoned, or rejected.”  That client terminated his relationship with Mr. Tachner and filed a civil lawsuit for legal malpractice.  The former client’s malpractice case ultimately led Mr. Tachner to declare bankruptcy.

After learning of the USPTO discipline in 2013, Mr. Tachner was reciprocally disciplined by the State Bar Court of California.  Interestingly, based on the same facts considered by the USPTO, the California disciplinary authorities only suspended Mr. Tachner’s state bar license for a period of ninety (90) days. In re Tachner, Case No. 13-J-12527 (Cal. State Bar Ct. Oct. 18, 2013).  Notwithstanding the admitted damage caused to multiple clients, California bar counsel gave substantial credit to the fact that Mr. Tachner had practiced for three decades without any prior discipline.

Mr. Tachner’s most recent ethical troubles began when the OED discovered he was still prosecuting trademark applications even though he was suspended by the USPTO.  Mr. Covey, the OED Director, filed a second disciplinary complaint alleging, among other charges, the unauthorized practice of law. The second complaint was resolved relatively promptly when the USPTO accepted Mr. Tachner’s resignation pursuant to 37 C.F.R. § 11.27. Consequently, Mr. Tachner is now excluded from practicing before the USPTO in any patent, trademark, or other non-patent related matters.

It is unclear what led Mr. Tachner, an experienced practitioner, to continue to file and prosecute trademark applications after his license was suspended by the USPTO.  If anything can be gleaned from this matter, however it is the fact the OED is vigilent about policing individuals who appear before the Office.  While a suspended patent attorney may believe they can “end run” a USPTO suspension by simply limiting their IP practice to trademark law, under the color of an active state law license, the USPTO prohibits such conduct.  Furthermore, while Mr. Tachner previously received a minimal suspension from the California State Bar Court, it is doubtful the state bar will be as forgiving the second time around.